A district famed for the beauty of its traditional Japanese buildings with their distinctive white and monochrome, lattice-patterned walls (namakokabe). Here you will find many cultural museums including the Ohara Museum of Art and its collection of international masterpieces as well as the Kurashiki Museum of Folkcraft, the Kurashiki Archeological Museum, and the Japanese Folk Toy Museum.

The birthplace of jeans in Japan, Kojima, is considered an almost sacred spot for Japan Denim that is the envy of the world and renowned for its quality workmanship. Just 400 m from the old Nozaki Residence, this street is home to Kojima-made jeans, as well as a variety of cafés and shops.

The honjin functioned as a lodging house for feudal lords, nobles, and other members of samurai clans who had to travel regularly to Edo (modern-day Tokyo). This smart and stylish old residence shows just how prosperous Yakage was back in its heyday. The Yakage Shukuba Matsuri (festival) is held on the second Sunday of November each year and recreates the procession of a daimyo (feudal lord).

This is the last remaining mountain castle in Japan that has the main keep preserved in its original condition and is one of only 12 castles in Japan that still have their original wooden keep. Each year there are many days from autumn to early winter when low-lying clouds appear to form a sea of clouds around the castle. On these days, the castle truly appears to be a castle in the sky when viewed from the Bicchu Matsuyama Castle viewing platform.

This village is a magnificent sight known for the uniform, vivid, red bengara color of its houses and the red copper color of its sekishukawara roof tiles. No individual house stands out in terms of size or appearance, but rather the entire village was built based on a concept of uniformity with master craftsmen appointed to do the work.

At the entrance to almost every house in this historical preservation district hangs a colorful, vegetable-dyed noren (traditional shop curtains) enticing visitors to come inside. There is plenty to do in this town throughout the year, including the Hina Matsuri doll festival in spring, and the impressive Kenka Danjiri Matsuri in autumn when floats crash into each other vying for supremacy.

This park was created on the site of the former Katakami Railway's Yoshigahara Station and yard. There is an exhibition of 11 cars that were actually used in the past and visitors are free to check them out. On the first Sunday of every month, there is a special driving excursion with the classic cars, creating a retro feel that takes visitors back in time to the mid to late-20th century.

The stone walls of the former Tsuyama Castle still stand proud today with a height of approximately 10 m and stones placed intricately together forming a maze-like warren of lanes across a wide area. Even from a distance, it is possible to make out the overlapping layers of these walls. The park is famous as one of western Japan’s most beautiful spots in spring when cherry blossoms bloom, and has earned a spot as one of Japan’s top 100 cherry blossom sites.

The former Senoo Bank’s Haida Branch, which was completed in 1920 and is now a city-designated important cultural property, has been reborn as a center for art. A red-brick tiled courtyard is surrounded by a wooden main building reminiscent of a Shinto shrine or Buddhist temple, a stone-built vault, and a red-brick warehouse. A coffee stand adjacent to the lounge in the main building offers a variety of drinks for takeout.

This temple is one of several temples established by the order of Emperor Shomu in the Nara period (8th century). The towering five-storied pagoda in the temple precinct is the only one of its kind in Okayama Prefecture and is a symbol of Kibiji. Visitors can also enjoy the sight of sunflowers and cosmos flowers not far from the temple. 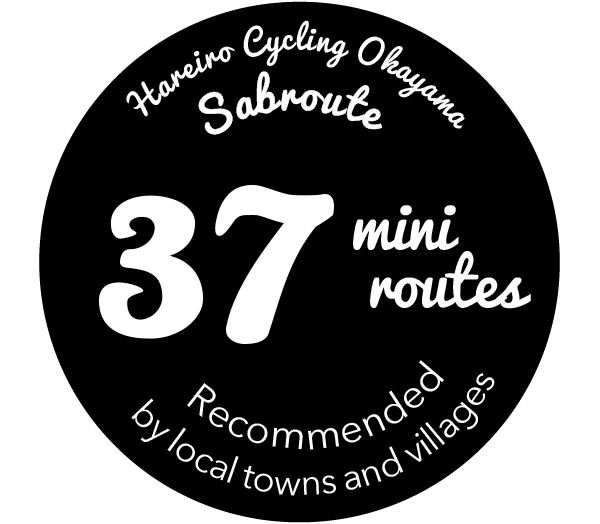 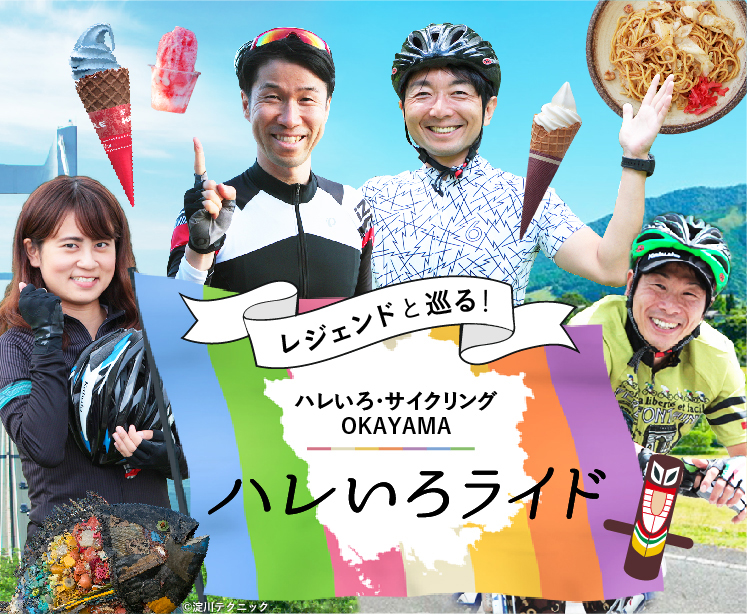